Funen - Where the night is your own

Funen - The night is yours

Funen - Where the night is your own
Every 10th Dane lives on Funen, where the charm and the good life is the focus - in good harmony with the Funish girls' slogan: The night is our own! For even though the country's third largest island holds Denmark's third largest city, Odense, with its own university, Hans Christian Andersen´s House and a major league football club, OB, Funen is known mainly for its amazing scenery.

The beautiful beaches, 123 stately manor houses and castles make the island an ideal target for a longer holiday or simply a detour from the busy Zealand or the industrious Jutland.

Thanks to its fertile soil and mild climate, Funen is called the garden of Denmark, where the varied landscape with yellow rapeseed fields, orchards and hedgerows around the thatched timbered houses and the slightly tickling dialect always brings a smile to the lips of visitors.

In the middle of Denmark
Previously, there was no way around: you had to sail with one of the characteristic black and white railroad ferries to get to the island of Funen and futher on to Jutland or Zealand.

Today, Funen is still centrally located, but now it is very conveniently connected with Zealand via the Great Belt Bridge and Jutland over the Little Belt Bridge. Funen has many ferries to the islands in the archipelago of Souhtern Funen including Langeland, Thurø, Tåsinge, Romsø, Ærø and nearly 90 other small islands.

Along the entire coastline of Funen, the ancient market towns lie like beads on an invisible string spun from the island's history as a visible proof that inhabitants of Funen for centuries have been able to create wealth for its own use and to trade with its neighbors.

The island of the ancient market towns
Funen has many ancient market towns, that are worth a visit. Most obvious is Odense with its many cultural attractions and shopping opportunities - a must for tourists on Funen, whether you come from Japan for the first time to see the place, where Hans Christian Andersen was born, or if you are a regular visitor, who would like to visit a museum or attend a concert.

The old shipyard town of Svendborg on Funen with its old streets and Svendborgsund - that separates Thurø - is always an experience worthwhile.

Nyborg on east Funen is perhaps best known as a town in the middle of the country, where the Great Belt Bridge begins and ends, but Nyborg also houses an old royal palace, which sets the scene for the oldest outdoor theater and an excellent water park every summer.

Use your mobile as assistant
Do you need ideas for staying at western Funen? If you send an SMS with the text visitassens to 1919, you will get access to a mobile guide that shows you around the entire area. If you would like to go hunting for the nature's riches, the coastline of western Funen and the rest of the coastline of Funen offer many excellent places to fish, and the trout is waiting to challenge your patience. 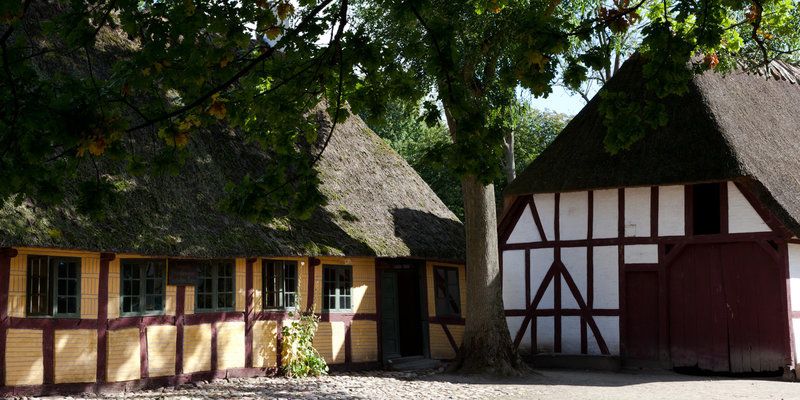