The region in between - MidJutland

The region in between
Midjutland is everything that lies between North and South Jutland! And that is a lot! The main city is obviously Aarhus, but the geographic Midjutland covers the entire central part of the Jutland ridge encompassing towns like Herning in the north, Brande down south, Holstebro towards the west and Samsø Island in the east.

The Hærvej - the highway of the past
Today most tourists use the E20 motorway or a fast intercity train to get from the south to the north of Jutland. In the past, travelers followed a sophisticated network of rutted gravel roads, the Hærvej, which runs along the west ridge.

The Hærvej has been used by travelers and traders from the Stone Age up to modern times. It has been used to transport cargos of flint, amber, hides, honey, black pots and oxen. Even today you can find parts of the old Hærvej, used as hiking and biking trails through the beautiful landscape, where nature-loving tourists and modern pilgrims use the ancient paths.

Aarhus - the city of smiles
The capital of Jutland, Aarhus, insists on being spelled with a double a, Denmark's second largest city, with a great student environment and a rich cultural life, which makes the city worth a visit, whatever the season and weather might be. The city has its own large hospital, university, theater school and even a world famous city within Den Gamle By - The Old Town.

The Old Town with a unique collection of houses, shops and workshops from the 1600`s to the 1800's. All bricks, timber, tiles, furniture, rugs and plates are original, and moved from towns all over Denmark.

Aarhusians themselves are a relaxed and friendly people, and perhaps therefore the Aarhus Tourist Association's slogan from 1938; Aarhus - City of Summer and Smiles, has stuck ever since. 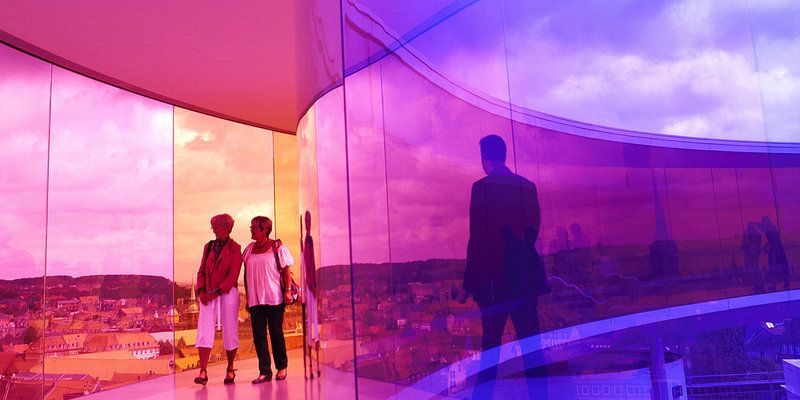