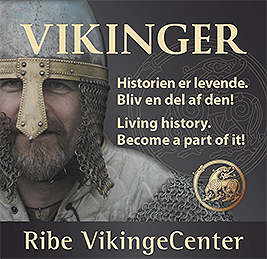 Peace and tranquility in a beautiful landscape, Bicycle Route 80 and...

Fuglsang's Elvira Madigan was named Karla
Lisbeth and Gunnar were married in 1970 and lived in Odense. When Gunnar in 1978 stopped smoking - and they bought a greenhouse for the saved money - things took a turn for the rest of their lives.

Gunnar loved his greenhouse, but soon got tired of depending on watering the plants. With inspiration from existing, expensive irrigation solutions, Gunnar invented his own watering system to hobby greenhouses and put it into production under the name Vandan model Klimat. The space got tight, and knew thoughts were thought.

At Langeland, the couple found the farm Fuglsang - Bird's Singing. Fuglsang is located in the middle of the beautiful Northern Langeland nature with space and direct access to their own beach. Lisbeth, Gunnar, and their three children bought the farm in 1994, and ever since, it has been the center of rotation for the family.

Moving and conversion of the company took up most of Gunnar's time, but the family wanted more with the place. A building - which needed renovation - were the next project for the family. Vacation apartments - also for disabled people in wheelchairs. Gunnar got in touch with the Danish Handicap Association to achieve knowledge about how to build and furnish the apartments.

The consultant from the association and Gunnar agreed to inspect the plans for the building in cooperation. One summer day, a small sports plane landed on Langeland with the consultant - who himself was using a wheelchair - and his beautiful, blonde female co-pilot.

The result of the mutual effort was ready - and the first guests arrived in 2001. Two lovely newly renovated apartments on ground floor was ready. The following years, the couple have tirelessly kept building, so today - four cozy apartments with room for a total of 25 guest, plus extra, is present.

You are able to camp in a tent with ocean view, autocampers can spend the night in front of the farm, or you can live in a shelter - also with ocean view - as more and more choose to, when they want to hike on Øhavsstien. Bathing- and toilet facilities are great - and the common conservatory can be used when needed.

The farm lies only 400 meters from the beach, where Lisbeth and Gunnar has their own private beach - which their guests are welcome to use. A private path leads all the way down to the ocean. Øhavsstien - the well-known hiking route - is practically running through the backyard - and there is plenty of opportunity for trout fishing on the island.
Actually, there is one more story about Fuglsang, than Lisbeth's and Gunnar's.

The farm was the setting of dramatical events back in 1926. A jalousi murder - which also ended in suicide - was the story about a loving couple on Tåsinge, Elvira Madigan and Sixten Sparre.

Karla was a servant at Fuglsang in 1926 - just 16 years old. Thorvald was rending the cattle at the manor hall Steensgård. And even though Thorvald was married and had a small child, it did not stop him from getting madly in love with the young servant.

Even though her crush faded out, and she no longer wished to have a relationship with the 10 year older Thorvald, it did not mean that Thorvald's love to her got smaller. Rather the contrary.

Thorvald decided, even after Karles rejection, that he would travel away - and he wanted Karla to join him. She still said no - even though Thorvald warned her that she only had 5 days to decide.

She took his warnings for granted. One early morning, Thorvald broke into her chambers and makes love to her one last time. She fell quietly asleep in his arms.
While she slept, Thorvald shot her dead - and afterwards he walked to the field to shoot himself. He did not want to live without Karla.

Peace and tranquility in a beautiful landscape, Bicycle Route 80 and...